The CMA inquiry group has been looking at how the tie-up would affect competition in a number of different areas of the telecoms sector. As well as looking at how the merger might affect competition for services to consumers, the group has considered whether it might alter the merged company’s incentives to continue supplying services to other comms providers on a wholesale basis.

The inquiry also looked into how the merged company might try to disadvantage competitors which it supplied with services including wholesale mobile or broadband services. It decided that in some areas it would be unlikely that they would have both the ability and incentive to do so, and in others that the effects of their attempting to do so would be limited.

“Having considered all the evidence, the group does not provisionally believe that, in a dynamic and evolving sector, it is more likely than not that BT/EE will be able to use its position to damage competition or the interests of consumers,” concluded Wotton.

The announcement represented a particular victory for BT, as CCS Insight principal analyst Kester Mann pointed out, “Rivals such as Sky, Vodafone and TalkTalk have repeatedly expressed concern over the dominant position of the proposed new entity, particularly around mobile spectrum and backhaul. It is sure to further fan the flames of their calls for structural separation of Openreach from BT, currently being considered as part of Ofcom’s digital review of the UK market.”

Both companies were swift to welcome the decision, with EE stating it wants to complete the deal “quickly”, and stating that it will create “a new combined company designed to benefit both British consumers and businesses, while helping to propel the UK to the very front of global telecommunications”, according to the company’s CEO Olaf Swantee (pictured).

The extent to which the merger will benefit the British consumer will be seen following the deal’s closure, but for BT the gains are more clear-cut. Assuming it receives final approval, the deal “would allow BT to launch a potent strategy to cross-sell broadband and TV services to ‘new’ mobile customers,” said Mann, as well as giving the company “immediate access to an extensive retail network that would enable it to articulate the merits of a multiplay service.” 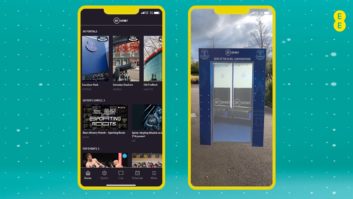