As Strictly Come Dancing fans look forward to the show’s live return next month, the BBC is keeping viewers going with four specials produced in lockdown.

Each of the specials features interviews with celebrities, judges and pro dancers from the show’s history. And, it’s thanks to innovative remote production that the Strictly production team were able to put the shows together at record speed.

WilkieTV founder and managing director, Claire Wilkie tells TVBEurope, “The country went into lockdown, and the producers were unable to shoot using traditional methods due to Covid. Their shoots were scheduled for a Monday, and on the Thursday before they hadn’t found a solution within their traditional contacts. They found WilkieTV while researching options for shooting remotely, and we were able to offer them a flexible and smart solution.” WilkieTV specialises in remote production, specifically within sport. Last year one of the team’s highlights was delivering the UCI Yorkshire 2019 Para-Cycling International. “It was streamed live using cameras that employed bonded 4G,” explains Wilkie. “We’ve pivoted our knowledge from doing live OBs with remote production and moved into entertainment, documentaries, and reality. I think it’s something that’s going to grow massively.”

For the Strictly specials, the team at WilkieTV worked alongside the show’s production team on over 100 remote interviews. Self-shooting kits were sent out to all of the contributors, consisting of lighting, microphones and an app. Each contributor would set up in their own homes, often using their own devices. All they needed to do was open the app, and off they waltzed.

“Our MCR, in Surrey, is our central point for all shows we produce across the world. Multiple feeds are fed in during sports, or in this case from the interviews being shot completely remotely,” explains Wilkie. “We had engineers in our MCR, who were guaranteeing the feed. They’d walk production through setting up the shots, explaining to the contributors how to set up the phone and keeping watch on the quality of both sound and vision throughout.” 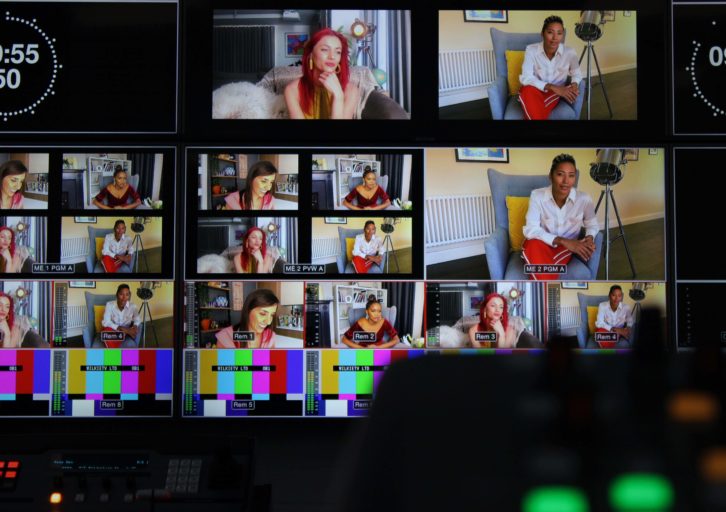 “In addition, WilkieTV uses our in-house developed product, Director View. It essentially enables us to send multiple members of a production team the live feeds from the remote cameras. They can watch along in real time and be across the shot, framing, and continuity. They talk directly to the contributor – so they’re able to produce them in real time.”

All involved were included in a multi-way video call, where both director and producer could talk the talent through what they needed. “The producer would welcome the celebrity or whoever it was onto the call,” says Wilkie, “and then they were turned over to us. We would take them through the tech, making sure the mic sounded good, and they were using the right camera on the smartphone. Sometimes it was in selfie mode and you can definitely tell the difference! So we were guiding them and ensuring they felt comfortable with the tech.”

The technique uses a bonded signal solution, using both WiFi and 4G for reliability. The WilkieTV team would ensure everyone had the strongest connection possible by conducting speed tests with contributors and advise on how to ensure the smoothest experience.

“Our engineers would be setting up the next contributor while the first one was still going through their shoot,” adds Wilkie. “At times we had five simultaneous remote records running in parallel. We’d be aiming to use the time slot that we had with each contributor as efficiently as possible.” 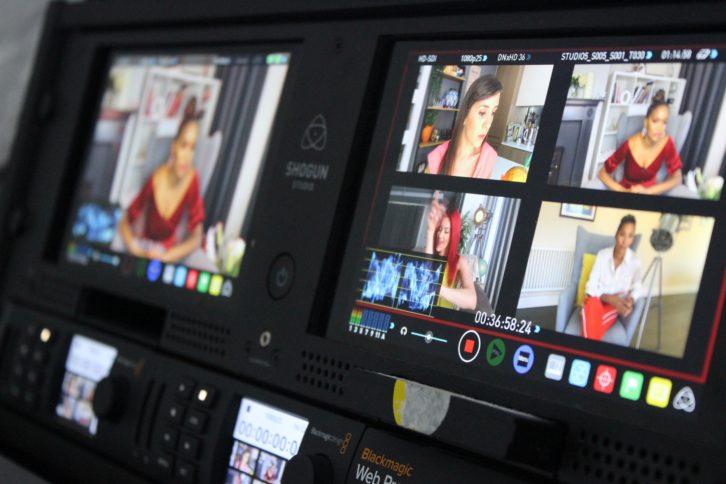 “We’d start at 9am with a contributor in South Africa, by 10.30 we’d switch to shooting with a pro dancer in Slovenia. After that we’re moving to London by 12. That’s just the beauty of remote production. And once the talent and the pro dancers became familiar with the technology it became second nature. They would have it up and running and be ready for us. They found it easy and fun.”

Wilkie says one of the most interesting challenges was mocking up the multi-way ‘Zoom’ calls amongst the dancers. The reactions needed to be genuine, so it was important that the dancers were really chatting in real-time with one another. However, the edit required full HD footage of each contributor, with isolated audio. This meant that using real video conferencing software wasn’t possible. “Using the apps to film remotely yet again was a good solution. We were able to record high quality shots of each contributor to the call, without affecting their ability to genuinely interact. The results were great.” she says.

“What I love with my job is putting together an amazing team and achieving something that’s not been done before. Covid is shaking up the way we do things and shaking up the patterns that we’ve fallen into. The whole TV industry was essentially shut down due to Covid and in making TV, everyone has struggled. We are delighted we could support the wonderful Strictly team in bringing some much needed sparkle to the world this autumn.”