iROKOtv.com, an internet TV platform for African entertainment, has unveiled a brand new international content package for its subscribers on the continent to include TV series and movies from around the world. New content categories introduced on the platform include Hollywood, Bollywood, Telenovelas and Korean programming, to complement the platform’s extensive Nollywood catalogue of over 10,000 hours.

Jason Njoku, iROKOtv.com co-founder and CEO, said: “We have been passionate about bringing affordable content to viewers across Africa. This is just another milestone towards that. Internet TV will enable hundreds of millions of fans across the continent to finally be able to access awesome content.

“We see the web and mobile platform almost as equal to DTH and DTT platforms in the next few years and our focus is on achieving this in Africa, supplying the 800-million strong population of Sub Saharan Africa (SSA) with the best content on the planet, be it from Nollywood, Hollywood or Bollywood.”

The subscription service allows for unlimited, commercial-free viewing and in an effort to conquer the ongoing challenge of expensive data charges across Africa, all new content will also be subjected to advance encoding, allowing files to be compressed and significantly reduce costs associated with video streaming, while keeping picture quality as high as possible.

Pay TV in Africa is the fastest growing form of media on the continent and with the emergence of DTH and the rapid rise of DTT over the last two years, it is predicted that internet TV will become the third distribution platform. The mobile revolution is set to propel this growth of internet-enabled devices, which will continue to grow as data becomes more affordable. The figure for such hardware devices is set to reach the hundreds of millions by 2017. Pay TV subscriptions across Africa currently stand at 10 million, with international bundles costing as much as $40 per month, making quality content unaffordable for the majority of the continent and therefore leaving the market open to extensive piracy.

Njoku added, “We polled thousands of iROKOtv.com users in SSA and 80% indicated they didn’t have pay TV access. We feel our audience complements existing players and we are excited to be contributing to the pay TV universe across Africa. However, our audience combats challenges not faced by their Western counterparts, such as a lack of constant electricity supplies to power their mobile phones, laptops and tablets, so we have to design our products within these parameters. We have spent the last three years understanding how to address these challenges, as well as focusing on how to deliver awesome, affordable and legal content in extreme bandwidth-light environments.”

While the company plans to expand its international library, there will also be a renewed focus on local films, TV series and documentaries with at least 50% of the iROKOtv.com catalogue being homegrown African content. 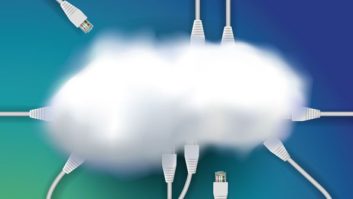