Previously head of Comedy and Comedy Entertainment, Cavey joined Tiger Aspect (part of Endemol Shine Group) in 2005 as a producer and in that time has been responsible for creating and producing some of the Indie’s biggest and most critically acclaimed hits which include the Jack Whitehall-fronted Bad Education (BBC Three) and Backchat (BBC Two), Simon Amstell’s BAFTA-winning Grandma’s House (BBC Two), Dave’s story-telling entertainment show Crackanory and the ground-breaking Sky Arts series, Psychobitches. His other credits include Benidorm (ITV), Walking and Talking (Sky Atlantic), The Spa (Sky Living), Argumental (Dave) and Horne and Corden (BBC Three).

Cavey will assume the role of managing director at Cave Bear and will work alongside long-time collaborator, producer, Pippa Brown and development producer Charlie Perkins. Cave Bear’s production slate currently includes the Bad Education brand, Jonny Sweet’s six-part BBC series Together, a new pilot for the BBC and a series of Comedy Blaps which are still to be announced. He will also continue to executive produce the father and son chat show, Backchat with Jack Whitehall and his Dad.

Of his new venture Cavey said, “I was very keen to get back to being closer to the projects and Cave Bear gives me the opportunity to do that. We will be looking to make anything that is funny. The priority will be to find the best scripted television comedy shows for the UK and USA markets, but we will also be looking at film, online and radio. Talent will be central to the company’s ethos; helping new and established talent find the right vehicles for the next stages of their career. We hope to provide on and off-screen talent with a production house that feels like home and where their ideas – however ambitious – can be realised. I hope Cave Bear will be seen as a home for new, exciting and always original programming.”

Tim Hincks, president of Endemol Shine Group, said, “Ben is both younger and more talented than me which I find intensely annoying. However I’m immensely cheered up by the fact he is staying within the family. He and Cave Bear will be a creative force to be reckoned with”

Tiger Aspect’s managing director, Sophie Clarke-Jervoise, added, “Ben has been the driving force behind many of Tiger’s hit comedy shows over the past 10 years and we’re delighted he’s decided to start up his new venture within the Tiger/Endemol Shine UK family. I have no doubt that Cave Bear Productions will be a huge success.” 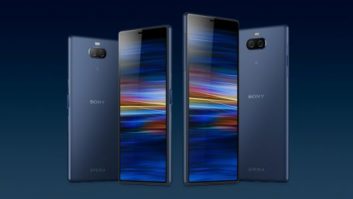