The parent companies of French broadcasters TF1 and M6 have entered what they describe as “exclusive negotiations” to create a new media group.

Bouygues (the parent company of TF1) is expected to acquire a 30 per cent stake in M6 from Berteslmann.

According to the two companies, the new group would be “well positioned to master the challenges arising from the accelerating competition with global platforms, active on the French advertising market and in the production of quality audiovisual content.”

It would lead to an acceleration in the development of a French streaming champion combining a catch-up and live streaming offer (based on MyTF1 & 6play) and a SVoD service.

The merger project has been unanimously approved by the boards of all involved, with the transaction expected to complete by the end of 2022. The merged company would have 2020 Pro Forma revenue of €3.4 billion and current operating profit of €461 million.

Speaking about the deal, Gilles Pélisson, chairman & CEO of TF1, said: “The merger between Groupe TF1 and Groupe M6 is a great opportunity to create a French total video champion that will guarantee independence, quality of content, and pluralism – values that have long been shared by our two groups. It will be an asset in promoting French culture. Groupe TF1 now approaches a new stage in its development, consistent with the strategic vision developed in the past five years.”

Nicolas de Tavernost, CEO of M6, added: “The consolidation of the French television and audiovisual markets is an absolute necessity if the French audience and the industry as a whole are to continue to play a predominant role in the face of exacerbated international competition, which is accelerating rapidly. The combination of the two groups’ know-how will allow for an ambitious French response.” 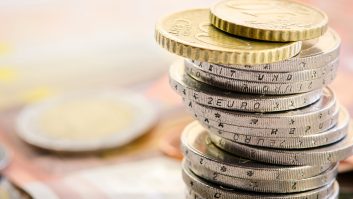