Rotolight shines a light for vloggers

Rotolight has announced the launch of two new kits aimed at vloggers and video conferencing. Larger versions of the RL48 have been used on feature films including Skyfall and Captain Phillips.

Speechmatics and Veritone have formed a partnership to offer secure transcription capability as a cognitive service within Veritone’s aiWARETM operating system for AI.

It means users will be able to turn unstructured voice data into “actionable insights which were previously inaccessible.”

The system surfaces valuable insights from high volumes of structured and unstructured data at scale, and can be used in real-time or through post processing of archived voice data.

M-PIP, a software app that runs on Crystal Visions Marble-V1 media processor hardware, allows two input flows to be sized and positioned in advance and then layered over either the third input flow or an internal matte generator. As a dedicated double-box generator, M-PIP provides picture-in-picture functionality as well as having the ability to add extra capability to a standard playout or studio system. Up to two boxes can be inset on the programme or matte background, either by selecting the required foreground flow source or by using preset recall. Controls are available to independently size and position the two boxes on the screen, as well as to manipulate the size and position of the images inside those boxes.

Additional features of the M-PIP include a framestore synchroniser timed to an external Black and Burst or tri-level syncs analogue reference of PTP, with failover options; 10 frames of flow input video delay; 10 frames of flow output video delay; and comprehensive SDI, IP and PTP monitoring information to generate SNMP traps. It also enables SDI to IP upgrade and can be used in mixed SDI and IP installations or fully IP and fully SDI environments. 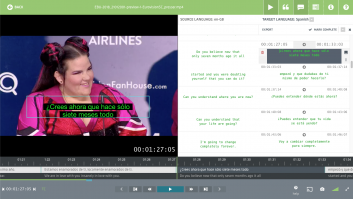