ERT wanted to upgrade its 10-year-old playout infrastructure and, following a tender process, opted for Pebble’s Marina system, which is interoperable with multiple vendors and best of breed third party devices.

Two Marina systems will be installed, one at the broadcaster’s headquarters in Athens, which will facilitate up to five channels, and the other in Thessaloniki.

Michael Nugent, head of technology for Hellenic Radio & Television (ERT) said, “We’re delighted to be working with Pebble Beach Systems who have the knowhow to provide reliable and latest technology solution for ERT’s new playout facilities.”

The equipment was originally scheduled to be on air prior to the 2020 summer of global sports but will now be on air in August.

“We are proud to strengthen our partnership with one of Europe’s most historic broadcasters as they upgrade their entire channel infrastructure to Marina,” said Roger Sewell, VP sales for Pebble Beach Systems. “As the most modern automation platform in the market, Marina continues to transform playout capabilities for broadcasters around the globe, regardless of size, scale and location of delivery.” 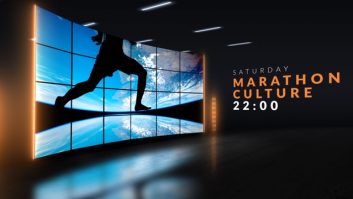