The total views (80 million) of Netflix movie Bird Box produced the equivalent energy of driving over 146 million miles and emitting over 66 million kg of CO2, Save On Energy has found.

“To put that into context, it is equal to driving from London to Istanbul and back 38,879 times,” added the report, which used Netflix viewing figures to determine the equivalent CO2 emissions. 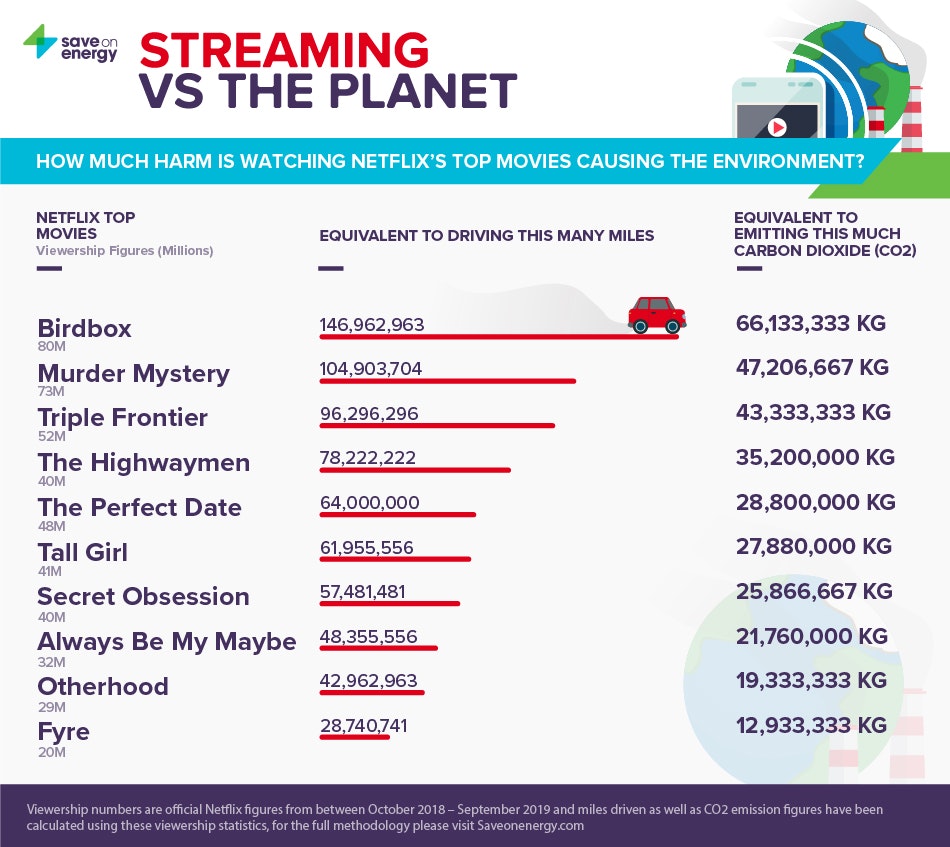 The study found that energy produced from 73 million streams of Adam Sandler’s Murder Mystery translates to driving more than 104 million miles and emitting over 47 million kg of CO2.

“This means an individual needs to fly 28,610 times from London to Los Angeles to produce the same amount of CO2 amassed by those who have watched Murder Mystery so far,” noted the report.

In terms of series, the energy produced from 64 million streams of the third season of Stranger Things was deemed comparable to driving more than 420 million miles and emitting over 189 million kg of CO2. The energy garnered from 45 million views of first season of Umbrella Academy translates to driving over 364 million miles and emitting more than 164 million kg of CO2, Save On Energy discovered.

“This means an individual would need to fly 52,046 times from London to Perth and back to produce the same amount of CO2 generated from those who have watched Umbrella Academy thus far.”