A+E Networks UK has appointed Luke Duffy (pictured), as vice president, ad sales, working across its portfolio of channel brands (History, Lifetime, Crime + Investigation, and H2) in the UK and international markets. A former head of trading at Channel 5, with experience at Aegis and Starcom, among others. Duffy will manage current and future relationships with A+E Networks’ sales houses across multiple territories.

ATG Danmon has added to its engineering management team with the appointment of Howard Dixon as project manager. “Howard has been active with us as a subcontracted commissioning engineer on several projects in recent months,” commented Russell Peirson-Hagger, managing director, ATG Danmon. “He has an excellent career profile including detailed experience of mainstream broadcast and IT-based infrastructure. That background is essential in today’s systems integration marketplace.”

Former BBC director-general Greg Dyke has been appointed by The British Academy of Film and Television Arts as its vice president for television. Dyke will chair BAFTA’s council, support the Academy’s president, HRH The Duke of Cambridge, and assume an ambassadorial role for the charity across the television sector. Dyke is currently chairman of The Football Association, chairman of Britain’s largest theatre group, ATG, and runs several businesses of his own including golf clubs and hotels.

Mark Blair (pictured), formerly vice president of Australia and New Zealand, and then Asia Pacific, at Brightcove has been promoted to vice president of EMEA at the company. During his time at Brightcove, Blair secured the company as the provider of cloud video service for all of the commercial free-to-air broadcasters in Australia and New Zealand.

Digital Vision, a supplier of colour grading, restoration and film scanning solutions, is expanding its European sales operation with a new office opening in Berlin, and the addition of Joerg Koehler to its team. Koehler has been appointed regional sales manager, and joins from MWA-Nova.

Bill Bennett has joined Lawo to represent its line of radio products in the US, as the company increases its presence in North America. Bennett worked previously as a sales and support engineer for L-S-B Broadcast Technologies, now Lawo, and commented, “It feels really good to come home to radio. I’ve worked a lot with video and other audio technologies over the years, but where it all began for me was in engineering at WJR Radio in Detroit, back in the mid-80s — and radio is where my heart is.”

Two new hires will help enable NETIA to further develop its presence in the Middle East and Africa (MEA), according to the company. Adel Hamla, has been named the company’s sales manager for the MEA region, a position in which he will supervise NETIA’s MEA client portfolio and lead continued development and implementation of sales in this area. Abderrahmane Bessaih will oversee business development in MEA.

Charlotte Murphy (pictured, below), has departed the Deluxe-run Disney facility in west London to take on the role of client account manager at post production facility Rapid Pictures. Murphy brings with her 18 years of industry experience, and has held positions at companies including MTV and ITV Studios.

SAM has welcomed Paul Horton as chief financial officer. Horton qualified as a chartered accountant with KPMG and has since gained experience leading finance teams in both public and private equity backed businesses. He has been instrumental in assisting the turnaround of many companies and has 20 years’ experience as a senior finance professional within the manufacturing sector.

Geoff Mills has been promoted to managing director at SGO. Mills joined the company in 2009 as director of sales, and was quickly promoted to head the company’s global sales and operations as group director, where he spearheaded the overall international sales strategy.

Broadcast technology developer Suitcase TV has appointed a new financial controller. Fiona Watt has worked for more than a decade in audit and assurance, most recently at KPMG. “This is a really exciting time to join Suitcase TV as the company is growing fast. My first priority is to make the important transition from small, owner-managed business to one that is much larger in scope,” explained Watt.

TMD has expanded its management team with the addition of Paul Wilkins as director, solutions and marketing. In this role he will be responsible for customer requirements capture, workflow definition, solutions sales and developing the company’s market proposition.

Mazin Al-Jumaili has joined ZOO Digital as director of business development for Europe. Following on from the recent addition of to focus on international business development, these appointments enable ZOO to offer its cloud-based services in localisation and digital distribution on a global platform. 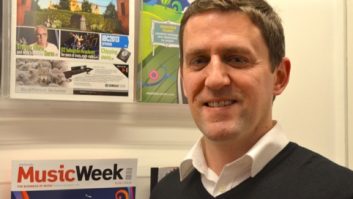