By Mark Cousins, product line manager media servers, Omneon.
Let’s begin by describing what we mean by the term “channel-in-a-box.” CIAB combines traditionally separate playout functions into a single unit, potentially simplifying the channel chain as well as reducing deployment and maintenance costs. The concept has existed for several years and is also known as Integrated Channel, Collapsed Channel, Complete Playout Solution, and others.
There is no one standard for what comprises CIAB, but in general it consists of a baseband playout function combined with basic to midrange graphics, video mixing and switching, audio processing, automation, and sometimes EAS (Emergency Alert System) support. The playout function may include the ability to record video and audio from baseband inputs, or material may originate elsewhere and be transferred into the system by IP networking. Typically CIAB systems support one to four playout channels and don’t usually offer shared storage, although there are exceptions to this.
Interest in the CIAB concept has increased substantially in the last few years, primarily brought on by changes to the traditional playout model, as well as in response to improved offerings from equipment vendors. As advertising revenues fall, both in aggregate and per-channel, broadcasters are under great pressure to reduce costs through equipment consolidation and operational simplification. In addition, the number of specialty channels is increasing, and these have small audiences with correspondingly low ad revenue. Broadcast service providers and originators seek solutions that deliver these products quickly and at much lower cost than was possible in the past.
CIAB can offer significant advantages over traditional playout channel chains in some situations. Ideal applications include specialty channels that don’t share a lot of material with other channels, Disaster Recovery provisioning, and service provider models where clients need rapid deployment at low cost, but don’t require large numbers of channels managed as a group.
Simplicity and reduced cost come at the price of reduced flexibility. Traditional ‘best-of-breed’ solutions allow the broadcaster to choose the components that best solve the problem at hand, whereas CIAB is an all-or-nothing proposition: the customer must accept the vendor’s choice of playout, file formats, graphics, interfaces, and (sometimes) automation. Multichannel originators probably find this too limiting for their general operations, but may see value in using CIAB for DR or incremental channel deployments.
Related to but different from CIAB are home-grown solutions, built on standard IT server and storage components mated with commercially-available baseband interfaces such as those from AJA, Matrox, Sony, and others. These systems generally require the customer to play the role of systems integrator, and are very tempting from a cost perspective. However, vendors of broadcast playout systems will rightly tell you that the engineering of a video server consists of far more than bolting some off-the-shelf components together.
The requirements for deterministic, realtime performance combined with reliable operation even in degraded situations (such as failed storage modules) as well as support for industry standards (file interchange, control, etc.) impose significant engineering challenges that vendors of this equipment have spent dozens of person‑years addressing. It should also be noted that these vendors offer world-class service and support with same-day parts dispatch; IT-type systems are supported by their vendors only at the component level, leaving the customer to perform first-level triage and diagnosis.
Are these alternative playout systems for you? Quite possibly, but as with most solutions, there is no one right answer for each situation. Deployment cost is but a single driver and should be kept in perspective. Additional decision factors include such things as ongoing management, feature sets, maintenance, service and support, workflow integration, and interoperability with existing infrastructure. That said, the CIAB story is very compelling in many circumstances and it will be interesting to watch how these solutions evolve over the next few years. 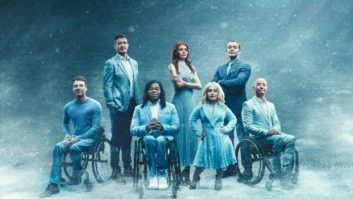